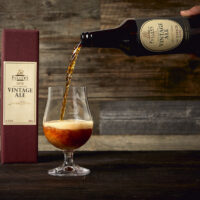 Readers will, of course, need no reminding that I maintain a healthy scepticism about the benefits of aging beer deliberately, as opposed to drinking it fresh. LATER EDIT: Apparently, a few forgetful souls did need reminding, so here’s a link. Do try and keep up in future. Having said that, there’s no denying that beers… Read more » 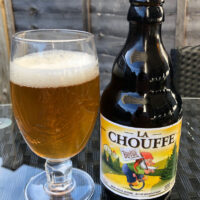 So, in a midseason revamp cynically calculated to try and boost flagging audience figures, this BeerStash Chronicle once again strays from the agreed format, in that I won’t be tasting a beer that has been knocking around my collection – by which I mean “beers I haven’t got around to drinking yet” – for years…. Read more »

The BeerStash Chronicles 5: Lager than Life 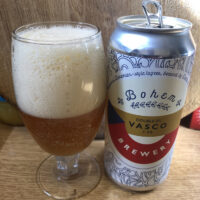 There seems to be a lot of lager about at the moment. That may well be down to several factors coming together at the same time. The coronavirus lockdown means there’s less (or no) ale being brewed for pubs, so the economies of the industry make it less viable to brew ale just for at-home… Read more »

The BeerStash Chronicles 4: A Touch of Glass As one of those generous souls who believes in giving something back, I run the occasional beer appreciation session for chef students at Westminster Kingsway College. With most drinks knowledge in classic chef education focused on wine, it’s an attempt to at least give beer a fighting chance with the generation that will be cooking… Read more »

The BeerStash Chronicles 3: “But why’s it called wine?” 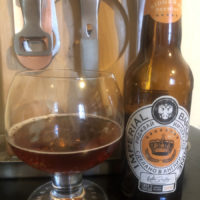 An excellent question. Why is a barley wine called a wine, when it’s so very clearly and marvellously a beer? For a detailed study of the history of the term, let’s look no further than this excellent exposition by my friend and colleague Martyn Cornell http://zythophile.co.uk/2010/09/14/so-what-is-the-difference-between-barley-wine-and-old-ale/ The Campaign for Real Ale, meanwhile, tells us that… Read more »